DEFINITION OF SUCCESS AND 8 KEY FACTORS OF SUCCESS

DEFINITION OF SUCCESS AND 8 KEY FACTORS OF SUCCESS. DEFINITION: What makes a person successful? How do we recognize success? To some people, success might mean wealth. To others, it is recognition, good health, good family, happiness, satisfaction, and peace of mind. What this tells us is that success is subjective. It can mean different things to different people.

Let’s look at these definitions carefully. 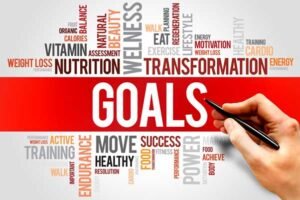 Why Goals are important?

Failure hurts, but it is often necessary to experience failure to achieve the greatest success.

Here are a few examples.

Now let’s reframe them in the positive

We have now stated it in the positive.

A goal must be time-bound.

A young man asked Socrates the secret to success.

Socrates said, “That is the secret to success. When you want success as badly as you wanted the air, then you will get it.”

Success is not an accident. It is the result of our attitude.

Winners condition and commit themselves to win.

There would be very little difference in their physique, talent, and ability.

Most people would rather stay in their comfort zone and live passive lives without accepting responsibilities.

The world is full of willing workers, some willing to work and others willing to let them.

There is no twilight zone in integrity.

How come most people love success but hate successful people?

Don’t let criticism distract you from reaching your goal.

The greater the success, the more is the criticism.

Having a positive attitude and being motivated is a choice we make every morning.

Are you willing to do a little more than you get paid for?

The advantages of doing more than you get paid for are:

8. The Power of Persistence:

Winners can overcome and bounce back with even greater resolve.

Persistence is a decision.