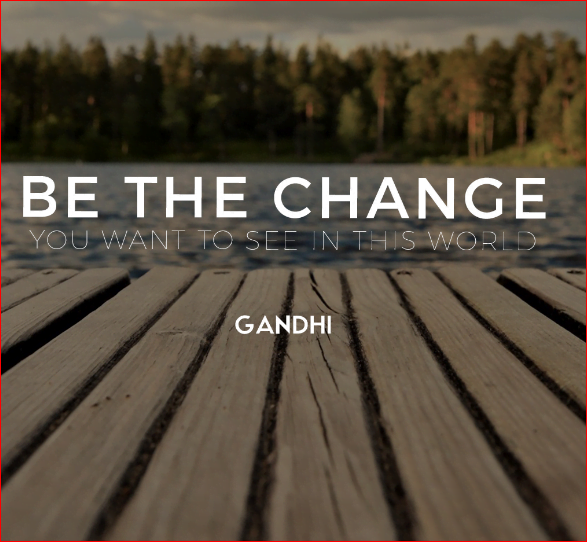 The 5-Minute Guide To Developing a Successful Mindset

TOC Table of Content
1. The 5-Minute Guide To Developing a Successful Mindset
2. What is a Successful Mindset?
3. Many of you might be thinking, “Well, that’s me! I’m willing to accept success.
4. The Successful Mindset Difference
5. How to Develop a Successful Mindset
6. 10 Steps for creating a mindset for success:
7. 1. Permit yourself to succeed:
8. 2. Belief in your ability to succeed:
9. 3. Take care of Yourself:
10. 4. Set Goals for Yourself:
11. 5. Keep Track of Your Progress:
12. 6. Concentrate on the Things That Matter:
13. 7. Be all you can be:
14. 8. Be Flexible:
15. 9. Develop Daily Habits That Stick:
16. 10. Don’t Remove Bad Habits, Replace Them:
17. Other Ways to Develop a Successful Mindset
18. Many successful people have biographies or autobiographies that will give you lots of good information as to how they were able to achieve their success and how you can model your efforts after theirs.
19. The most important thing to remember is that you need to believe in yourself and in your ability to be successful.
20. Success Habits

The 5-Minute Guide To Developing a Successful Mindset. When you think about someone successful, what comes to mind? Most people would think of the result of being successful the luxury cars, first-class airline travel, the financial freedom to see the world, and the ability to buy anything they wanted. But if you look closer at the successful person, you will see that behind all the money, beyond the expensive suit, and underneath the power, they have a successful mindset.

Their mindset is the most important contributing factor to their success and if you choose, you can have a mindset that is the same, opening you up for success in the very same way.

What is a Successful Mindset?

Many of you might be thinking, “Well, that’s me! I’m willing to accept success.

I’ll take advantage of an opportunity if it comes along.” But don’t let the simplicity of the definition fool you because there is much more to it than the literality behind these words.
For example, you might think that you are willing to accept success, but most people aren’t. Some people want success, but they don’t think that they deserve it, they don’t think they are smart enough to achieve it, and they lack confidence in themselves as successful people.

The difference between a successful mindset and one that just wants success is how much work they are willing to put into the effort to get success. It all comes down to how much you believe in what you are doing and how passionate you are about it.
For example, someone who is passionate about their business and believes that they will be able to be successful at it may spend hours working on it that other people might spend watching television, going out on the town, or hanging with their friends.

Some successful people have been able to make their bones while still working full-time jobs to support their families. This means that they had to work on their business or income streams while everyone else was enjoying leisure time. This is very common in the case of a novelist who suddenly makes it big. Odds are, they were slaving away at the computer for years while so-called aspiring writers were watching The Bachelor.

How to Develop a Successful Mindset

So, how do you develop this successful mindset? Well, it involves a process with many steps and if you are like most people, you are going to have to start at the bottom. You’ll start with step one and when you have mastered it, you’ll move on to the next step.
However, keep in mind that it takes time to completely change your mindset. You have had the same basic mindset for success for many years and it can be difficult to change at first. That’s why using daily habits to change your mindset is the number one strategy used by the business world.

10 Steps for creating a mindset for success:

1. Permit yourself to succeed:

Many people just don’t believe that they should have the success that they desire, so their mind keeps them from getting there. Maybe they feel guilty because of past mistakes, or do not think that their religious or moral beliefs will permit them to have a great deal of money. Whatever the reason, you first need to help yourself to succeed, or else you won’t even be able to start the journey.

2. Belief in your ability to succeed:

Just as important as permitting yourself to succeed is the belief that you have what it takes to be successful. Everyone has something that they are good at, and some of the people you would never think could have made a success of themselves because of physical health, mental illness, financial difficulties, lack of education, or other circumstances, have become some of the most well-known success stories of our time.

3. Take care of Yourself:

Research conducted into the personal habits of some of the richest and most powerful people in the world who have achieved success on their shows specific trends that are far too common to be a coincidence. Successful people take better care of themselves than the average person does. They sleep better at night, with most getting between 6 and 10 hours, they exercise regularly and stay in shape, and they eat healthily most of the time.

4. Set Goals for Yourself:

So, you want to be successful. How are you going to achieve it? Setting goals and creating a plan for success is often what separates the average person from the very successful one. The average person might know that they want to be successful, but they have no plan to get there. Just as ineffective as having no goals at all is something that many people do – setting goals that have no clear path to achievement. For example, one of these goals might be: I want to be rich in 10 years.

5. Keep Track of Your Progress:

You should also be tracking your progress every day or week to determine how you are coming up with your plans for success. Even if you aren’t doing as well as you should be, you still want to write down what you have achieved.

There are a couple of reasons for this: first of all, you will be able to look back and see how much success you have achieved and be motivated to continue reaching for your goals. Second, you can easily see where you need to make adjustments in your plan when you have tracked it over some time.

6. Concentrate on the Things That Matter:

If you want to be successful then you don’t want to waste your time on things that aren’t going to give you success or are not working out the way you had intended.

Successful people know when to fold their hands and leave the table to try a different game and you should avoid continuing futile efforts when you are fairly certain that you aren’t going to reap any benefits from them. Of course, that doesn’t mean to jump ship at the first sign of trouble, but it does mean being aware when you have reached the point when you just need to move on.

If you are going to write a book, start a business, or work in the ever-growing internet marketing industry, make sure that you are giving it your best effort and don’t hold back.

One thing that you will learn as you start the journey towards success is that things are rarely going to go according to plan. If you create a set-in-stone goal and milestone list and then try to achieve them, you are always going to fail unless you can be flexible.

Anything might happen that could derail your efforts and you need to be able to roll with the punches and continue the journey even when your original plan didn’t work out. For example, suppose that you planned to train for a marathon this summer, but ended up breaking your leg. You need to change your plan and figure out some other way that you can work towards your success, and then come back to the marathon training at a later date when you are healed up.

When you want to be successful, you need to understand upfront that it is a long journey. Everyone proceeds at a different pace, but the number one thing that you can do to speed things up is to develop habits for success and make them stick. Habits like getting up early, getting enough sleep, putting all of your efforts into your work, saving money, and learning as much as you can help you shape your future and make your success come much quicker.

If you have bad habits that you are trying to get rid of, keep in mind that you will have a much better chance of doing that if you replace them with good habits instead. For example, if you are trying to change a bad habit of eating fast food for lunch daily, you will have much better results if you try to make eating healthy a daily habit rather than attempting to get rid of eating unhealthy.

Other Ways to Develop a Successful Mindset

If you want to develop the kind of mindset that you need for financial success or any other type of success that you are trying to create in your life, then you should start by learning as much as you can about certain aspects of psychological development that pertains to successful mindsets: namely, cultivating habits, setting goals, working with others and many other subjects.
One of the things that you can do that will help you a great deal is to study what other successful people that you admire are doing, and how they were able to get to where they are today.

Many successful people have biographies or autobiographies that will give you lots of good information as to how they were able to achieve their success and how you can model your efforts after theirs.

You also need to decide what is most important to you and have a clear picture of it in your mind. Success comes in many different forms. For example, some people seek financial success while others want their work to be recognized and consumed by the masses. Whether you are starting the next dot-com revolution or you are writing the Great American Novel, you want to have your end goal first and foremost in your mind.
A successful mindset is only the first step in achieving success. This is also something that you need to bear in mind. The hard work comes after you prepare yourself and set your goals ñ the part where you put forth the effort that will be required to achieve those goals.

The most important thing to remember is that you need to believe in yourself and in your ability to be successful.

There are people out there who have more education than you; people who have more money to invest into a business than you do and people who have plenty more free time than you do to work on their success.
But that doesn’t mean that you cannot have the things that you desire. Your specific circumstances have very little to do with how much success you will be able to achieve. Instead, how motivated you are and willing you are to put forth the effort will determine how far you get.

Advantages like money and time can certainly be a big help, but the most important factor in determining if you will be successful is how bad you want it.