The Kingdom Of God Has Come

TOC Table of Content
1. The Kingdom Of God Has Come
2. Sometimes people point to The Lord’s Prayer and say, “Here’s the way Jesus taught us to pray.”
3. “Thy Kingdom Come”
4. Definitions for kingdom
5. “Some Shall See the Kingdom”
6. The Godhead Dwells In You
7. Again we can apply the law of double reference.
8. God’s Kingdom Operates Through the Human Spirit
9. Things To Remember

The Kingdom Of God Has Come-In the sixth chapter of Matthew, Jesus is teaching His disciples how to pray: After this manner, therefore, pray ye: Our Father which art in heaven, hallowed be thy name. Thy kingdom come. Thy will be done in earth, as it is in heaven (vs. 9,10).

Sometimes people point to The Lord’s Prayer and say, “Here’s the way Jesus taught us to pray.”

No, this is not the way Jesus taught us to pray. He taught His disciples to pray under the Old Covenant. Sometimes people don’t realize that even though the four Gospels—Matthew, Mark, Luke, and John—are in the New Testament, the people were still operating under the Law. They were living in a transition period between the Old and New Covenants.

I want you to notice Jesus’ words: Thy kingdom come. In other words, He was saying, “Pray that the Kingdom of God would come, that the will of God would be done on earth as it is in heaven.”

The earth was designed to be a duplicate of heaven, to operate in the same way as heaven. The will of God is for it to be the same on earth as it is in heaven.

As we saw in Chapter 2, God’s intention from the beginning was for His Kingdom to be on earth, and He has not changed. If Adam had been obedient to what God told him to do, it would have been that way today. But Adam committed high treason and turned his authority over to the Devil. When he did, the forces of evil were loosed upon earth.

God’s will is still the same today as it was in the beginning—and it will be performed in the end! When the earth is renovated, it will be the way God intended it to be—heaven on earth.

“Some Shall See the Kingdom”

For the Son of man shall come in the glory of his Father with his angels, and then he shall reward every man according to his works.

Verily I say unto you, There be some standing here, which shall not taste of death, till they see the Son of man coming in his kingdom. Matthew 16:27,28

Jesus is talking about two different things. In verse 27, He is talking about His return to earth and the reward that will be given. Then in verse 28, He says that some of those standing with Him would not taste of death until they saw Him coming in His Kingdom. That was nearly two thousand years ago! How could those men not taste death until Jesus returned in His Kingdom?

When Jesus said, There be some standing here, which shall not taste of death, till they see the Son of man coming in his kingdom, He was not referring to the literal Kingdom of God which is going to be set up here on earth after His return. This statement would surely prove that Jesus was talking about the Kingdom of God that is within man.

When Jesus was raised from the dead, He came forth as the glorified Son of God. He carried His blood into the heavenly and made atonement for man, setting in motion the New Covenant.

As the risen Christ, He appeared to His disciples many times. One time, according to John 20:22, He breathed on them and said, Receive ye the Holy Ghost.

I believe this is symbolic of what happened on the day of Pentecost. (Acts 2:1-4.) They were all in one accord in one place; and there came a sound of a rushing, mighty wind that filled all the place where they were sitting. On that day, Jesus came to dwell in the hearts of men in the Person of the Holy Spirit. The Kingdom of God truly had come to earth!

During His earthly ministry, Jesus, the Son of God, met all the needs of the people on that day: He healed the sick, raised the dead, cast out demons, and on two occasions fed the multitudes with only a few loaves and fish.

After doing all these things, He said to them, It is expedient for you that I go away (John 16:7). In other words, “You would be better off if I go away.”

I am sure they thought, “How would we be better off if He goes away?” Then He said, If I go not away, the Comforter (the Holy Ghost) will not come unto you. On that day, Jesus was able to minister only to the people He came into contact with. Limited by His physical body, He could be in only one place at a time. So it was better for Him to go away and send the Holy Spirit. Once He had come in the Person of the Holy Spirit, His power would be limitless.

The Godhead Dwells In You

In John 14:23 He said, If a man loves me, he will keep my words: and my Father will love him, and we will come unto him, and make our abode with him. In other words, Jesus was promising that the whole Godhead—the Father, the Son, and the Holy Ghost—would dwell in us.

The above passage clearly shows that when Jesus told His disciples in Matthew 6:10 to pray, Thy kingdom comes, He was talking about the inward establishment of the Kingdom of God, not the physical kingdom that will be set up at the end of ages.

Again we can apply the law of double reference.

Jesus said, “Pray that the will of God be done in the earth the same way it is in heaven.” The physical body of a man was made out of the dust of the earth; the inner man was not. The real creation was breathed out of the mouth of God, the Spirit of God. Adam was created to fellowship with Deity. God is a spirit. Spirits don’t communicate with bodies. The communication God had with Adam in the Garden was in the spirit realm. The real you is the human spirit.

Jesus said to pray that the will of God be done on the earth as it is in heaven. We don’t have to pray Thy kingdom come today because it has already come! If you have been born again, the Kingdom is within you. The Kingdom abides in your human spirit, housed in your physical body.

The word kingdom means “domain.” The Kingdom of God is the place in which God has dominion. It does not come with observation. The Kingdom of God came to earth when men were born again when they received the new birth of the human spirit.

You learn to tap the power of the Kingdom by studying the Word of God. Remember, Jesus said, Seek ye first the kingdom of God, and his righteousness; and all these things shall be added unto you. You have to seek first the Kingdom. Find where the Kingdom is and how the Kingdom operates.

The human spirit is where the Kingdom is set up, and it is capable of providing everything you need in this life, whether it be spiritual, physical, or financial. It is designed to either produce it, lead you to it, or cause it to come. You need to know how to allow your spirit to operate effectively in the Kingdom.

Your spirit knows more than your intellect. Paul said, For what man knoweth the things of a man, save the spirit of man which is in him (1 Cor. 2:11). It is your human spirit—the real you, the man on the inside—who is in contact with God and knows all about you: your needs, failures, shortcomings, strong points. A man’s intellect does not know all; but if you learn to tap into your spirit, which can tap the wisdom of God, then as Jesus said all things will be added unto you. You will prosper.

When you were born again, it didn’t take long for you to realize that your physical body didn’t get born again. If your body had certain habits before you got saved, it wanted to continue those habits even after you were saved. It was your spirit man that was born again. You had to mortify the deeds of your body. (Rom. 8:13.)

You must realize the Kingdom, or the domain, of God, is inside you! Your human spirit is born of the Spirit of God. You have the life of God in you. You have the Greater One inside you, so He is capable of exercising dominion in your spirit at your will. He can do exceeding abundantly above all that we ask or think, according to the power that worketh in us (Eph. 3:20).

The earth was designed to be a duplicate of heaven. It is God’s will for things to be on earth as they are in heaven.

We don’t have to pray Thy kingdom come. The Kingdom has already come. Jesus came to dwell in man through the Holy Spirit. The Kingdom of God is within you! 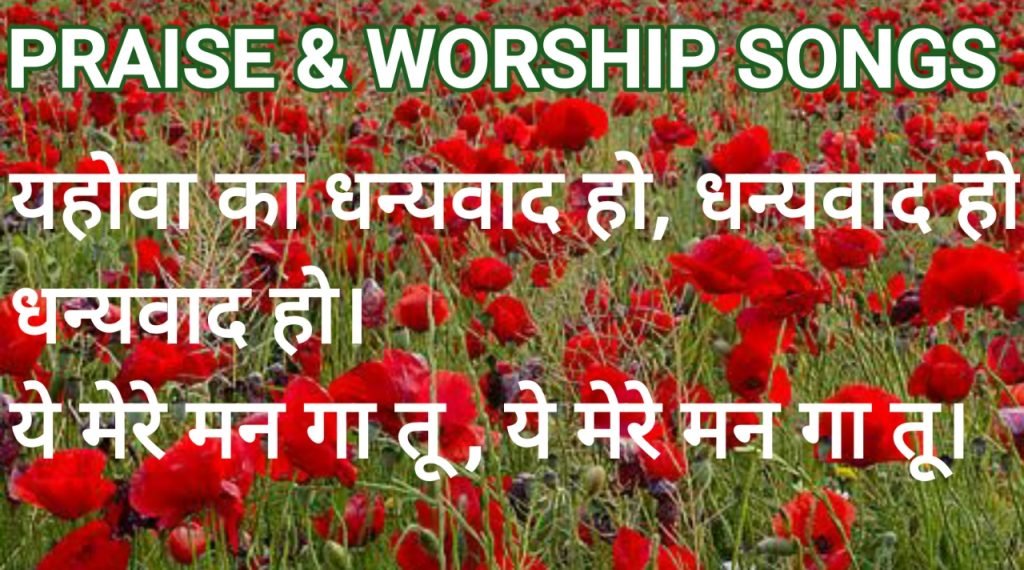 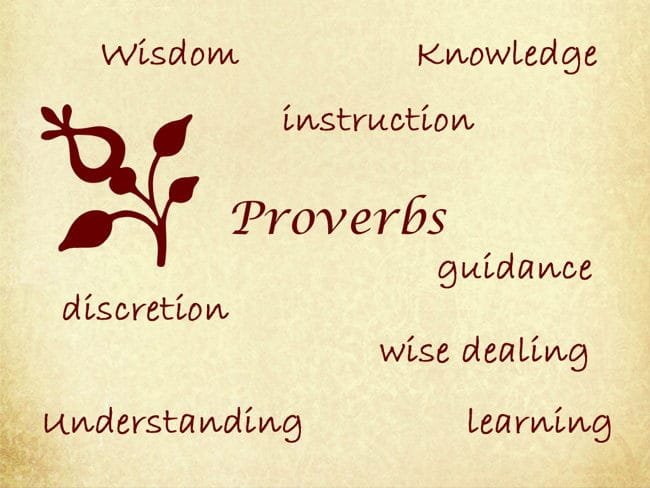 Health Care Advisor, Guide, Teacher, and Trainer. Life Counselling Coach. About Us. Optimal Health is something you all can refer to as perfect health an individual can have. Being healthy only physically is not enough, to attain that perfect health you need to be healthy in all the aspects of life, hence; Optimal Health – Happiness, Health, Wealth, Wisdom, and Spirituality.