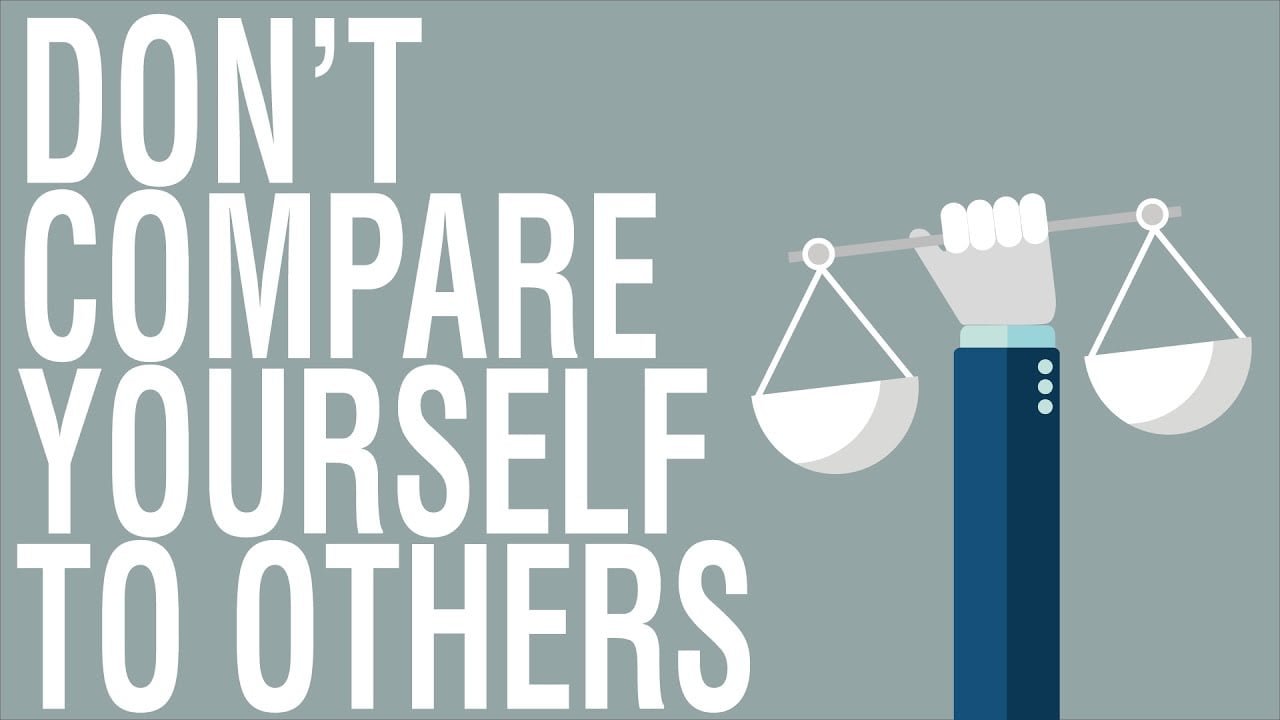 Stop Comparing Yourself to Others

TOC Table of Content
1. Stop Comparing Yourself to Others
2. How to Stop Comparing Yourself to Others?
3. 1. Understand that you never will win if you do not stop comparing
4. 2. If at all, compare yourself only to yourself
5. 3. Learn to be kind
6. Just try to focus on the positive things in life
7. Acknowledge the cause of the grudge.
8. Consider the positive side.
9. Put yourself into their shoes.
10. Share your thoughts with the other party.
11. Forgive them.
12. Why You Should Look At Mistakes as Lessons Instead of Regrets?
13. Yes, you aren’t at the position you would have wished to be at.
14. The way you view a mistake will determine how fast you dust yourself and move on.
15. Accepting you made a mistake and moving on is better than analyzing and re-analyzing your situation.
16. “If you live for long, you’ll make mistakes. However, if you understand and learn from the mistakes, you’ll be a better individual. It’s how you handle hardships, not how it has affected you. The key thing is never to give up, and never quit.” – Bill Clinton.
17. Yes, you are living a life of regret.
18. “Experience is simply the name we make our mistakes.” – Oscar Wilde

Stop Comparing Yourself to Others. Almost all of us have this one common destructive daily habit, that is, to compare ourselves to others. We compare houses, jobs, phones, cars, relationships, money, and social positions, and so on. What this habit does is create negativity within us and this may also reflect in our behavior. So what should we do? How can we get rid of this habit of comparing? If this is what you are now thinking, then the three tips given below will surely prove to be of help.

How to Stop Comparing Yourself to Others?

1. Understand that you never will win if you do not stop comparing

Even if you keep repeating this in your mind, and realize this consciously, it will help. Despite whatever you do, how much effort you put in, how hard you strive, there always has to be someone who is better than you or has more than you.

Of course, you may feel nice if you buy a new smartphone which is better than the one your colleague has. But pretty soon you will find someone who has a phone better than yours. So, understand that comparing is futile.

2. If at all, compare yourself only to yourself

This habit will help develop kindness, appreciation, and gratitude towards yourself as you notice how much you have done, and all the hurdles you have crossed. So you will be feeling good about yourself without feeling less of others.

It will be a good idea to make this a habit, say by spending a few minutes every weekend to write down how much you have achieved, how close you now are to your life goals, what you have learned, etc.

Perhaps you never might have even imagined so, but the way you behave with others also has an impact on how you think about yourself. If you have this habit of always criticizing and judging others, chances are bright you will also criticize and judge yourself often, even if unconsciously. So, try to help others and be kinder to them and you automatically will learn to be kinder to yourself.

Just try to focus on the positive things in life

Figuring out how to pardon someone who wronged you is not an easy thing. Most times we imagine that we are over it and have forgiven them but in most cases, we usually hold a grudge against them. However, holding resentment only hurts you the most. You only end up stressing yourself over it which cannot only cause psychological problems but also more serious health problems. It is therefore essential to learn the act of forgiveness and to avoid grudges.

Acknowledge the cause of the grudge.

To start with, try to find out the root cause of your grudge. You can only try to find a solution after you are aware of the problem. At times you may come to realize that you were just overreacting and holding a grudge over such a petty thing. Once you have seen the main problem you can then settle on a decision to push ahead from that point.

Consider the positive side.

Everything in life has its positive and negative sides. Instead of getting angry at the whole issue, try and take it as an invaluable lesson to you. Take in an important lesson or leave with a superior understanding that can assist you to let go of the issue and not despise the one who wronged you.

Put yourself into their shoes.

At times we may be quick at judging people when they do something bad to us but try putting yourself into their shoes and you may get a better understanding of why they had to do what they did. This doesn’t legitimize their actions; however, it will assist you to comprehend them. The better you understand their intentions, the easier you will find it to forgive them.

A grudge could be a result of just a small misunderstanding or confronting the issue the wrong way. Without being biased, clarify your feelings on the issue. At that point, choose if this is something you will chip away at in your own heart or by reach the other individual to come up with a solution. Wait until you have calmed down and then confront the other party in a calm and non-judgmental way. You may choose to solve it among yourselves or try involving a third party. But regardless of the approach, this will help you to get rid of the tension built up in you allowing you to feel more relaxed. 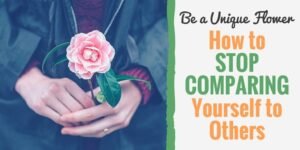 Forgiveness does not imply that you will forget the whole incident. It only means that you have accepted your disparities and acknowledged that we are all humans who are prone to error. Forgiveness isn’t easy but it is worth it. It allows you to get rid of that burden off your heart, therefore, giving you peace.

Why You Should Look At Mistakes as Lessons Instead of Regrets?

“I wish I had put more effort in my classes, by now I would have risen many ranks higher. If only I could turn back time and avoid the mistakes that made my business go under. It’s because of not taking her seriously that she left and now is in the arms of another man.” These are some examples of regrets that some of us are having now.

Yes, you aren’t at the position you would have wished to be at.

Yes, you are nearing 40 years and you still haven’t found your footing. But this doesn’t mean you have to keep beating yourself up for past failures and mistakes.

And as Richard Branson once said,d “You don’t learn to walk by following rules. You learn by doing and by falling over”.

Robert Kiyosaki’s famous quote “Don’t waste a good mistake, learn from it” is aimed at encouraging people to not live on regrets but rather learn from their mistakes.

The way you view a mistake will determine how fast you dust yourself and move on.

The mistake is a doorway to learning about yourself better. Theory and practice are different, and by making mistakes you can know how knowledgeable you are and how far you can go. This helps you prepare yourself better just as Napoleon Hill said ‘every adversity, every failure, every heartache carries with it the seed on an equal or greater benefit’.

Accepting you made a mistake and moving on is better than analyzing and re-analyzing your situation.

Living on regret is the same as insanity which Albert Einstein defined as doing the same thing over and over again, yet expecting different outcomes. Truth is that if you are wise you can never repeat the same mistake. Would you continue driving while drunk after getting involved in a fatal accident? Would you run your business hands-off after winding up because you over depended on an incompetent person? Of course not!

“If you live for long, you’ll make mistakes. However, if you understand and learn from the mistakes, you’ll be a better individual. It’s how you handle hardships, not how it has affected you. The key thing is never to give up, and never quit.” – Bill Clinton.

From this quote by the former US president, we see that no one is immune to mistakes. The difference between the wise and the ordinary person is that the former accepts and learns from it while the latter will be absorbed in it and live in regret. This is well brought out through this popular quote by Winston Churchill, one of the founding fathers of the US “All men make mistakes, but only wise men learn from their mistakes”. Mistakes should be viewed as stepping stones and an eye-opener and not a barrier to success or happiness.

Yes, you are living a life of regret.

You are knee-deep in debt, your partner has issued you divorce papers, you just flanked your finals, your business is getting liquidated, or you are losing your home. However, nothing stays forever. Even the strongest storm eventually passes just like daylight eventually shines in the darkest of nights. Wipe your tears, dust yourself up, get up and face life.

“Experience is simply the name we make our mistakes.” – Oscar Wilde

And as I conclude, I would like to encourage you to press on and always fix your eyes on the goal. Remember, Bill Gates, the world’s richest man said “it’s fine to celebrate success but it is more important to heed the lessons of failure”.