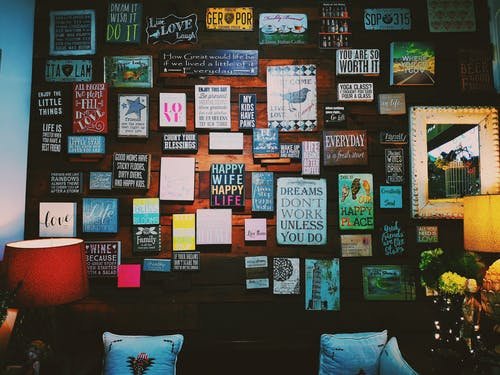 TOC Table of Content
1. THE FOUNDATION OF SUCCESS IN LIFE IS HEALTH AND WEALTH- PART-3
2. LET HOPE PREDOMINATE, BUT BE NOT TOO VISIONARY
3. DO NOT SCATTER YOUR POWERS
4. BE SYSTEMATIC
5. READ THE DAILY PAPERS
6. BEWARE OF “OUTSIDE OPERATIONS”
7. DON’T INDORE WITHOUT SECURITY
8. But the trouble is, this man is getting money too easily
9. ADVERTISE YOUR BUSINESS
10. The whole philosophy of life is, first “sow,” then “reap.”
11. You all need to have your customers return and purchase again.
12. BE POLITE AND KIND TO YOUR CUSTOMERS
13. BE CHARITABLE
14. The best kind of charity is to help those who are willing to help themselves.
15. DON’T BLAB
16. PRESERVE YOUR INTEGRITY
17. To get rich is not always equivalent to being successful.

LEARN SOMETHING USEFUL- THE FOUNDATION OF SUCCESS IN LIFE IS HEALTH AND WEALTH- PART-3-Every man should make his son or daughter learn some useful trade or profession, so that in these days of changing fortunes of being rich today and poor tomorrow they may have something tangible to fall back upon. This provision might save many persons from misery, who by some unexpected turn of fortune have lost all their means.

The Foundation of Success in life is Good Health and Wealth. Part-1

THE FOUNDATION OF SUCCESS IN LIFE IS GOOD HEALTH. PART-2

LET HOPE PREDOMINATE, BUT BE NOT TOO VISIONARY

Many persons are always kept poor because they are too visionary.

DO NOT SCATTER YOUR POWERS

Engage in one kind of business only, and stick to it faithfully until you succeed, or until your experience shows that you should abandon it. A constant hammering on one nail will generally drive it home at last, so that it can be clinched.

There is good sense in the old caution against having too many irons in the fire at once.

Men should be systematic in their business. A person who does business by rule, having a time and place for everything, doing his work promptly, will accomplish twice as much and with half the trouble of him who does it carelessly and slipshod. By introducing the system into all your transactions, doing one thing at a time, always meeting appointments with punctuality, you find leisure for pastime and recreation; whereas the man who only half does one thing, and then turns to something else, and half does that, will have his business at loose ends, and will never know when his day’s work is done, for it never will be done. Of course, there is a limit to all these rules.

Always take a trustworthy newspaper, and thus keep thoroughly posted regarding the transactions of the world. He who is without a newspaper is cut off from his species. In these days of the Internet, many important inventions and improvements in every branch of trade are being made, and he who doesn’t consult the newspapers will soon find himself and his business left out in the cold. Period.

BEWARE OF “OUTSIDE OPERATIONS”

We sometimes see men who have obtained fortunes, suddenly become poor. In many cases, this arises from intemperance, and often from gaming, and other bad habits.  Now if he forgets that his economic habits, his rectitude of conduct, and personal attention to a business that he understood, caused his success in life, he will listen to the siren voices.

If a man has plenty of money, he ought to invest something in everything that appears to promise success, and that will probably benefit mankind;

No man ought ever to Indore a note or become security, for any man, be it his father or brother, to a greater extent than he can afford to lose and care nothing about, without taking good security.
You reflect that he is worth twenty thousand dollars, and you incur no risk by endorsing his note; you like to accommodate him, and you lend your name without taking the precaution of getting security. Shortly after, he shows you the note with your endorsement canceled, and tells you, probably truly, “that he made the profit that he expected by the operation,” you reflect that you have done a good action, and the thought makes you feel happy. By and by, the same thing occurs again and you do it again; you have already fixed the impression in your mind that it is perfectly safe to indorse his notes without security.

But the trouble is, this man is getting money too easily

You are overwhelmed with astonishment and grief, and you say “it is a hard thing; my friend here has ruined me,” but, you should add, “I have also ruined him.” If you had said in the first place, “I will accommodate you, but I never Indore without taking ample security,” he could not have gone beyond the length of his tether, and he would never have been tempted away from his legitimate business. It is a very dangerous thing, therefore, at any time, to let people get possession of money too easily; it tempts them to hazardous speculations if nothing more.

We all depend, more or less, upon the public for our support. We all trade with the public—lawyers, doctors, shoemakers, artists, blacksmiths, showmen, opera stages, railroad presidents, and college professors. Those who deal with the public must be careful that their goods are valuable; that they are genuine, and will give satisfaction.

Be careful to advertise it in some shape or other because it is evident that if a man has ever so good an article for sale, and nobody knows it, it will bring him no return. Where nearly everybody reads, and where newspapers are issued and circulated in editions of five thousand to two hundred thousand, it would be very unwise if this channel was not taken advantage of to reach the public in advertising.

A newspaper goes into the family, and is read by wife and children, as well as the head of the home; hence hundreds and thousands of people may read your advertisement, while you are attending to your routine business. Many, perhaps, read it while you are asleep.

The whole philosophy of life is, first “sow,” then “reap.”

That is the way the farmer does; he plants his potatoes and corn, and sows his grain, and then goes about something else, and the time comes when he reaps.

But he never reaps first and sows afterward. This principle applies to all kinds of business, and nothing more eminently than to advertising. If a man has a genuine article, there is no way in which he can reap more advantageously than by “sowing” to the public in this way.

He must, of course, have a really good article, and one which will please his customers; anything spurious will not succeed permanently because the public is wiser than many imagine. Men and women are selfish, and we all prefer purchasing where we can get the most for our money and we try to find out where we can most surely do so.
You may advertise a spurious article, and induce many people to call and buy it once, but they will denounce you as an impostor and swindler, and your business will gradually die out and leave you poor. This is right. Few people can safely depend upon chance custom.

You all need to have your customers return and purchase again.

So a man who advertises at all must keep it up until the public knows who and what he is, and what his business is, or else the money invested in advertising is lost. Some men have a peculiar genius for writing a striking advertisement, one that will arrest the attention of the reader at first sight. This fact, of course, gives the advertiser a great advantage. Sometimes a man makes himself popular by a unique sign or a curious display in his window.

BE POLITE AND KIND TO YOUR CUSTOMERS

Large stores, gilt signs, flaming advertisements, will all prove unavailing if you or your employees treat your patrons abruptly.

Of course, men should be charitable, because it is a duty and a pleasure. But even as a matter of policy, if you possess no higher incentive, you will find that the liberal man will command patronage, while the sordid, uncharitable miser will be avoided. Solomon says: “There is that scattereth and yet increaseth, and there is that withholdeth more than meet, but it tendeth to poverty.” Of course, the only true charity is that which is from the heart.

The best kind of charity is to help those who are willing to help themselves.

Promiscuous almsgiving, without inquiring into the worthiness of the applicant, is bad in every sense. It is easier to make Christians with full stomachs than empty.

Some men have a foolish habit of telling their business secrets. Say nothing about your profits, your hopes, your expectations, your intentions. And this should apply to letters as well as to conversation.
Businessmen must write letters, but they should be careful what they put in them. If you are losing money, be especially cautious and not tell of it, or you will lose your reputation.

Integrity is more precious than diamonds or rubies. Not to know that the most difficult thing in life is to make money dishonestly!
Not to know that our prisons are full of men who attempted to follow this advice; The public very properly shuns all whose integrity is doubted.
Uncompromising the integrity of character is invaluable.

To get rich is not always equivalent to being successful.

In fact, as a general thing, money-getters are the benefactors of our race.

As we have sometimes hypocrites in religion, and demagogues in politics, so there are occasionally misers among, money-getters. These, however, are only exceptions to the general rule.

The Best of Dale Carnegie (Set of 5 Books)